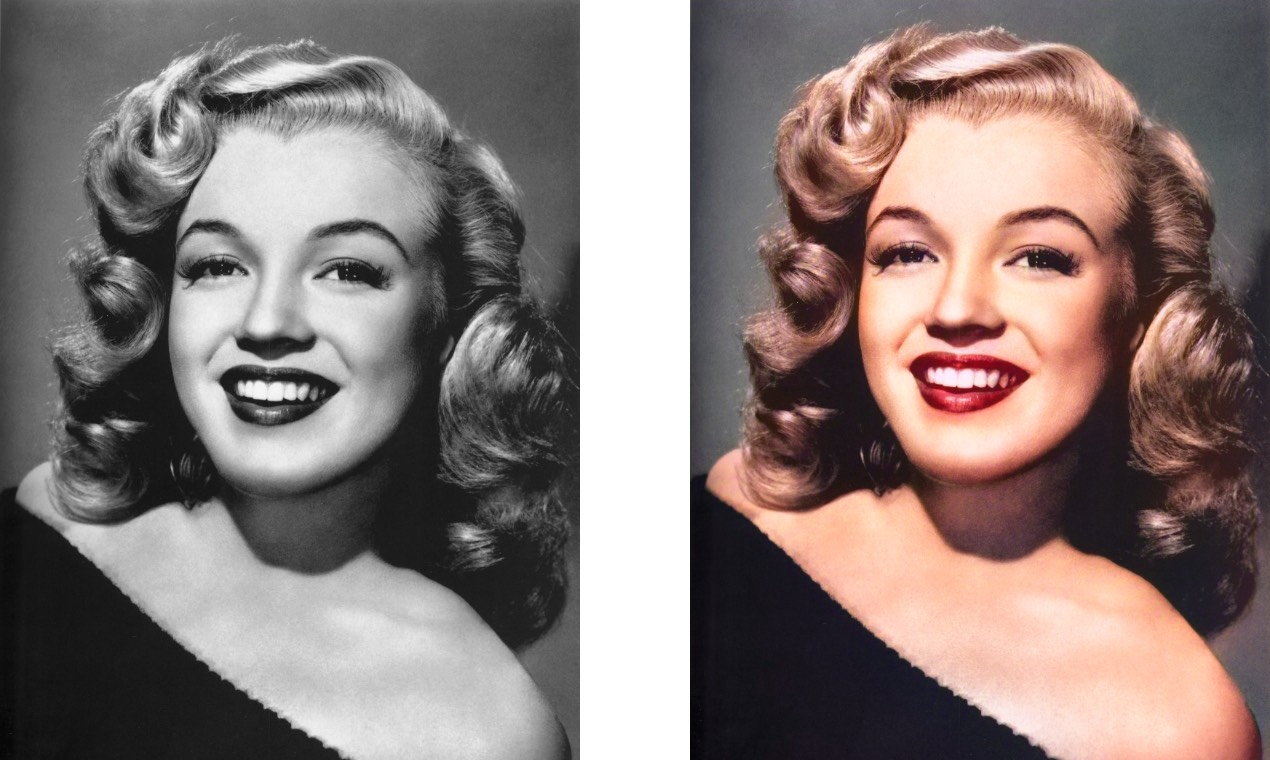 App screenshots are crucial for engaging and educating users on Google Play, the App Store, and the Chrome Store. With more than one million apps competing for attention, studies show many users only browse for a few seconds before deciding to download or not.

This tutorial helps you craft compelling app screenshots for Google Play within a few minutes.

To create individual screenshots, start with one of these Hotpot templates for Google Play screenshots.

If you prefer panorama screenshots, please click here for a 2-minute tutorial on how to stitch screenshots into one large panorama. Panorama screenshots are rising in popularity because they allow developers to present apps and their benefits in a striking and captivating way.

If you are on a budget and need free graphics, please see here.

The Google Play Store screenshot requirements are much more flexible than those of the Apple App Store. You can define your own screenshot sizes, provided no dimension of the screenshot is less than 320 pixels or more than 3840 pixels. For example, 200x2000 is diallowed while 1000x2000 is allowed.

The Google Play Store requires a minimum of 2 screenshots per app listing.

The maximum is 8 screenshots per supported device type: phone, tablet (7-inch & 10-inch), Android TV, and Wear OS. If you support each of these 5 device types, you can submit a maximum of 40 screenshots. Most developers, however, will only support smartphones and will only need 8 screenshots.

The Google Play Store accepts either JPEG or 24-bit PNG (no alpha) images.

Treat each screenshot like a highway billboard. Use text sparingly, and rely heavily on images. Assume users will only look at your screenshot for 5 seconds. Does the screenshot convey key benefits and entice users within 5 seconds? If not, carefully consider how to pare down the content until it's digestible within 5 seconds.

Select screenshot colors from your app's color palette. This reinforces consistent branding from the App Store screenshots down to the user experience.

Screenshots should match the style and objective of the app, reflecting its emotional tone. For instance, finance apps may wish to project knowledge and stability while games may want to evoke whismy and playfulness.

Click here to explore different types and styles of screenshots. Note the varying colors, background patterns, font styles, graphical accents, and device frames. There is no one "correct" style, and it's wise to evaluate multiple styles before choosing one for your app.

For convenience, the list below presents some screenshot examples and brief explanations.

This example uses one large screenshot framed inside a Samsung S10, punctuated with a lively headline to capture the user's attention. The background pattern and color is meticulously chosen to match the app's color palette while reinforcing the app's core emotions of whimsy and individualism.

This screenshot relies on a classic formula: photorealistic device frames paired with two short lines of copy. The two device frames are both of the black iPhone XS Max, arranged in an artistic and captivating style that instantly draw focus. Above the devices are two lines of copy presented with the modern and accessible font, Limelight. Finally, the unassuming but tasteful background gradient projects polish and sophistication while inspiring confidence in the quality of the app.

This Google Play screenshot adopts a simple approach and abstains from using any device devices. Instead, only a single app image is magnified and given the full spotlight. The background color and pattern smartly complement the app branding. The screenshot headline provides a crisp, forceful call-to-action.

How To Make Google Play Screenshots

Hotpot makes it easy to create Google Play screenshots like the examples above. Just follow these steps: 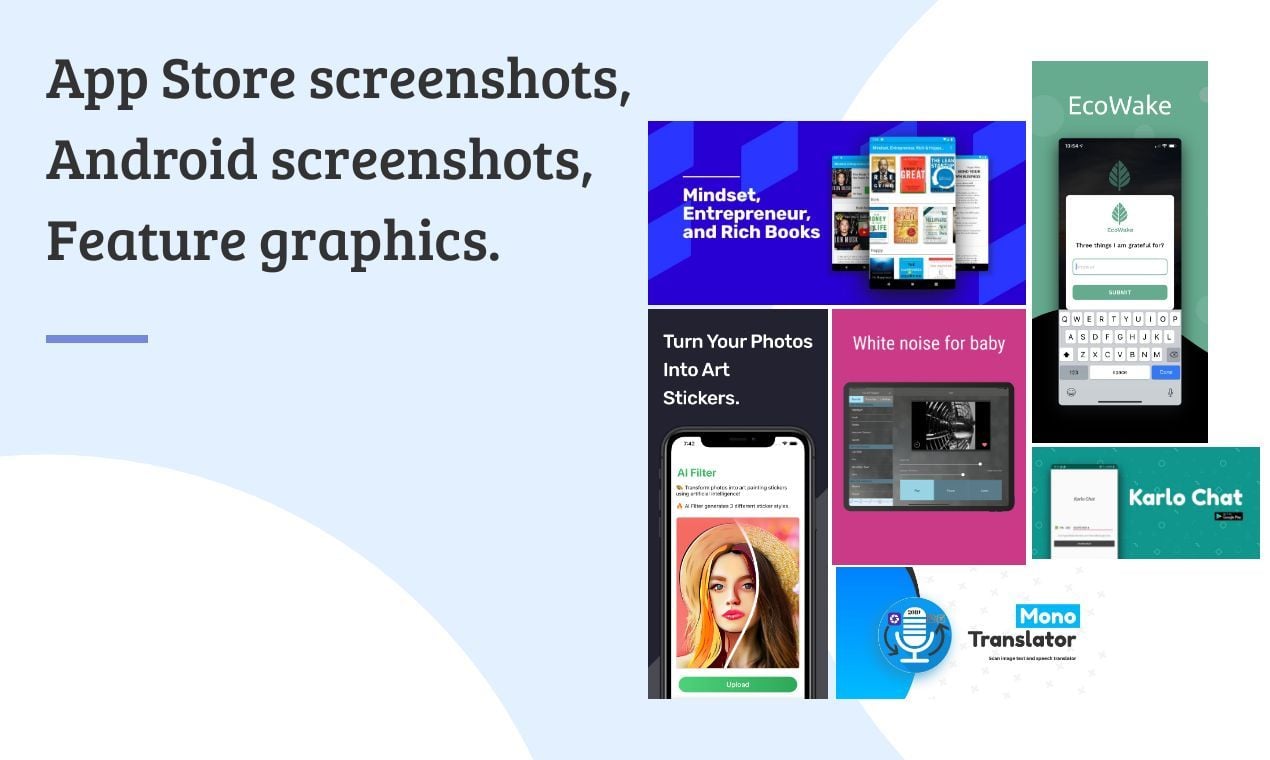 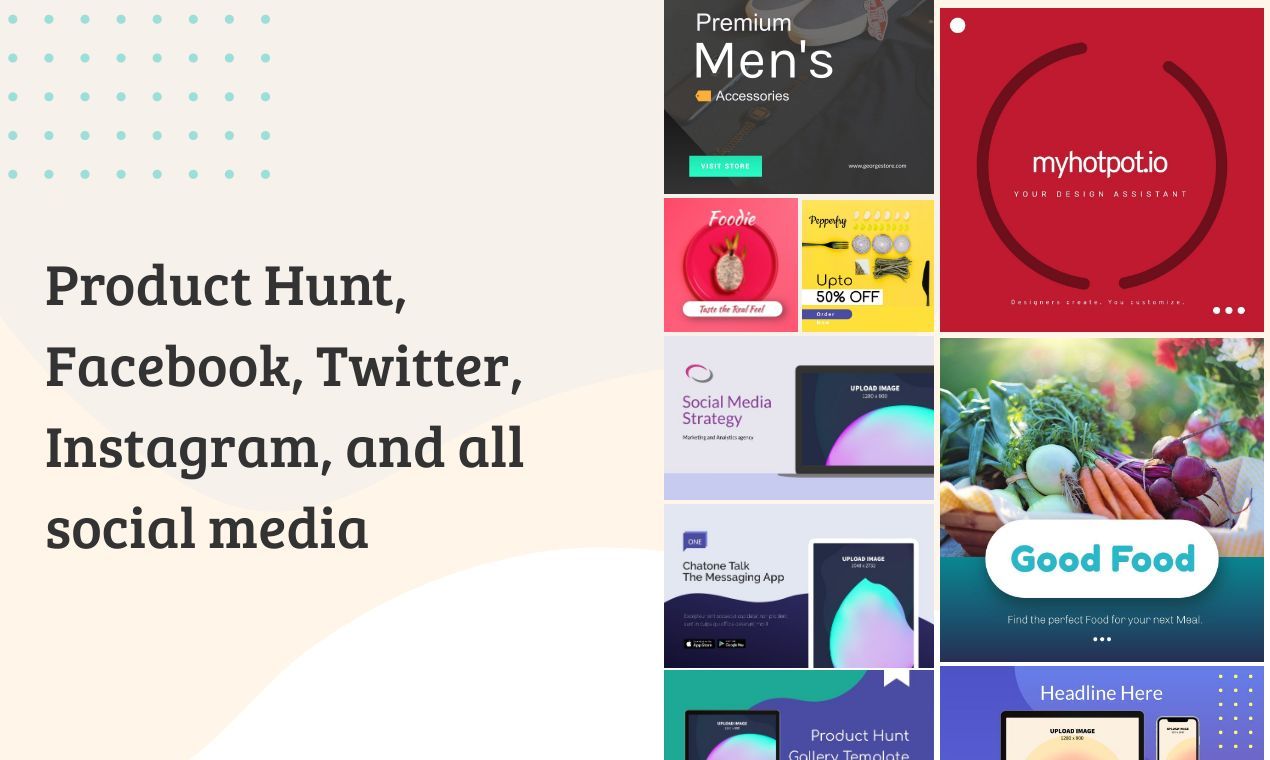 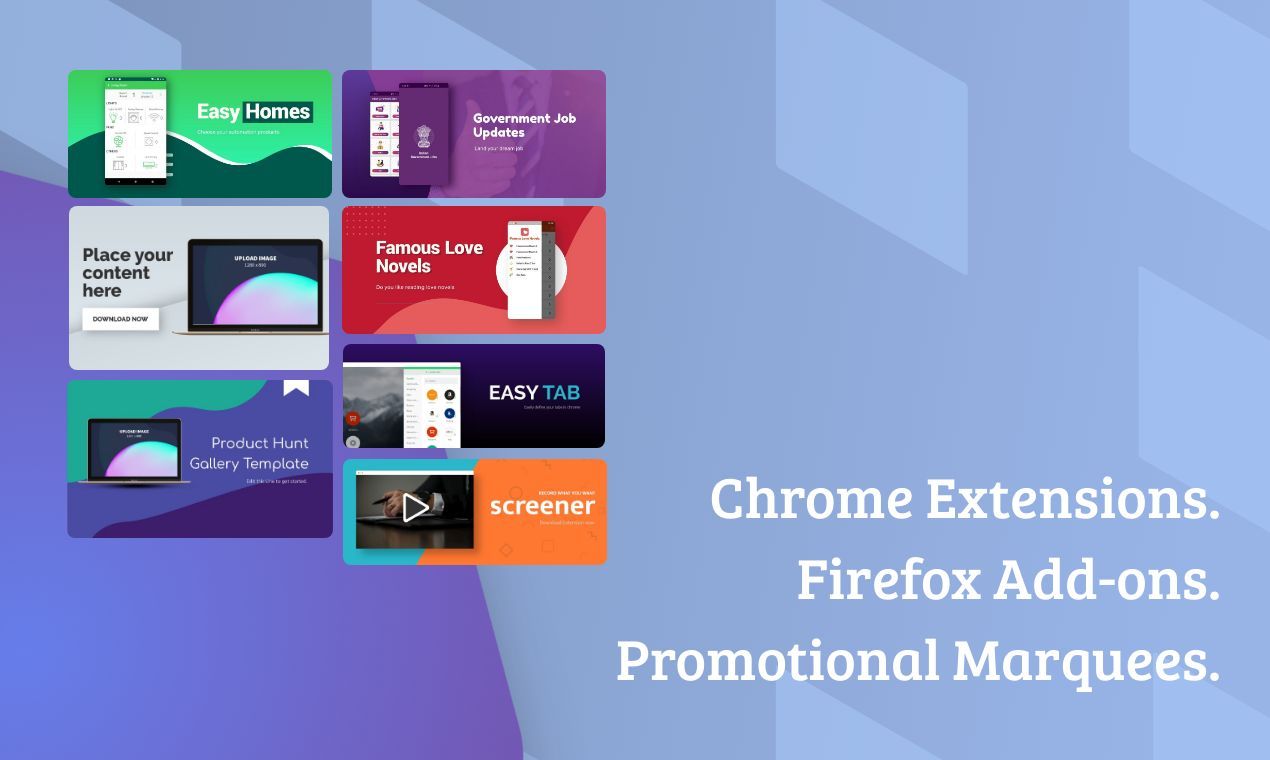 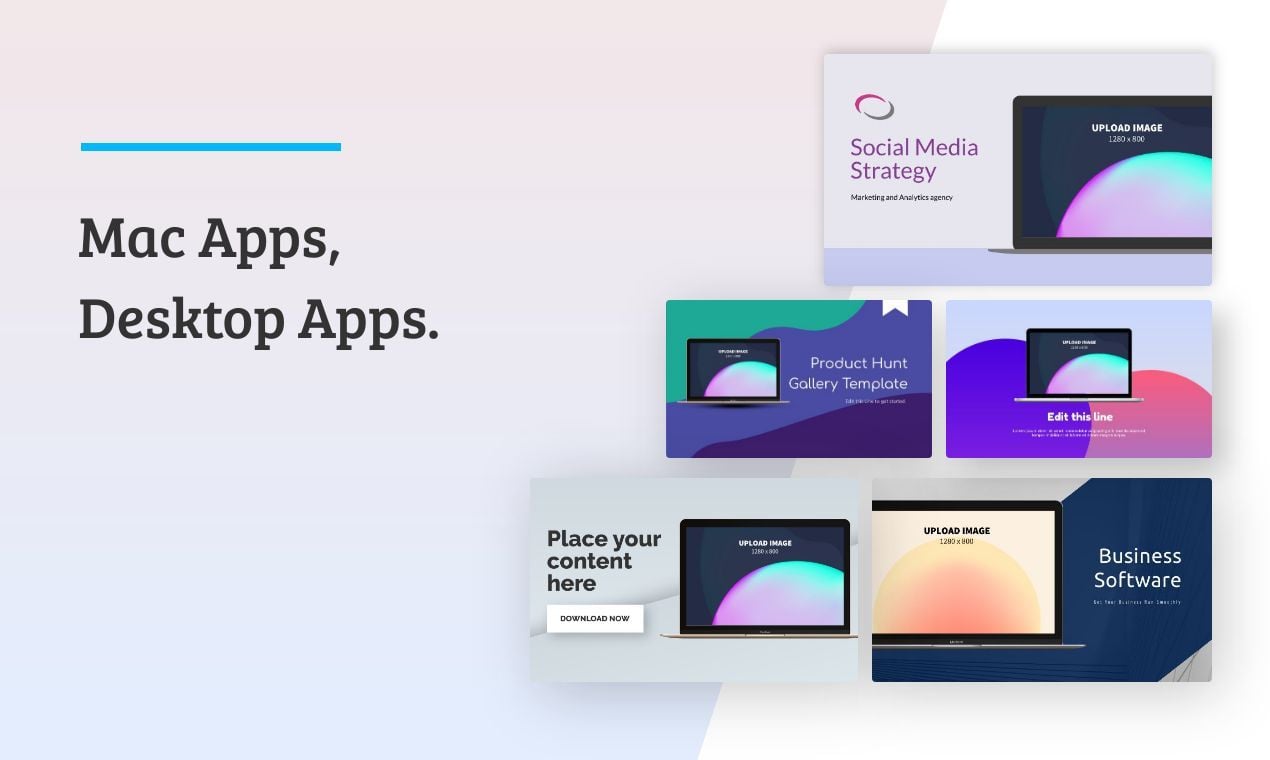 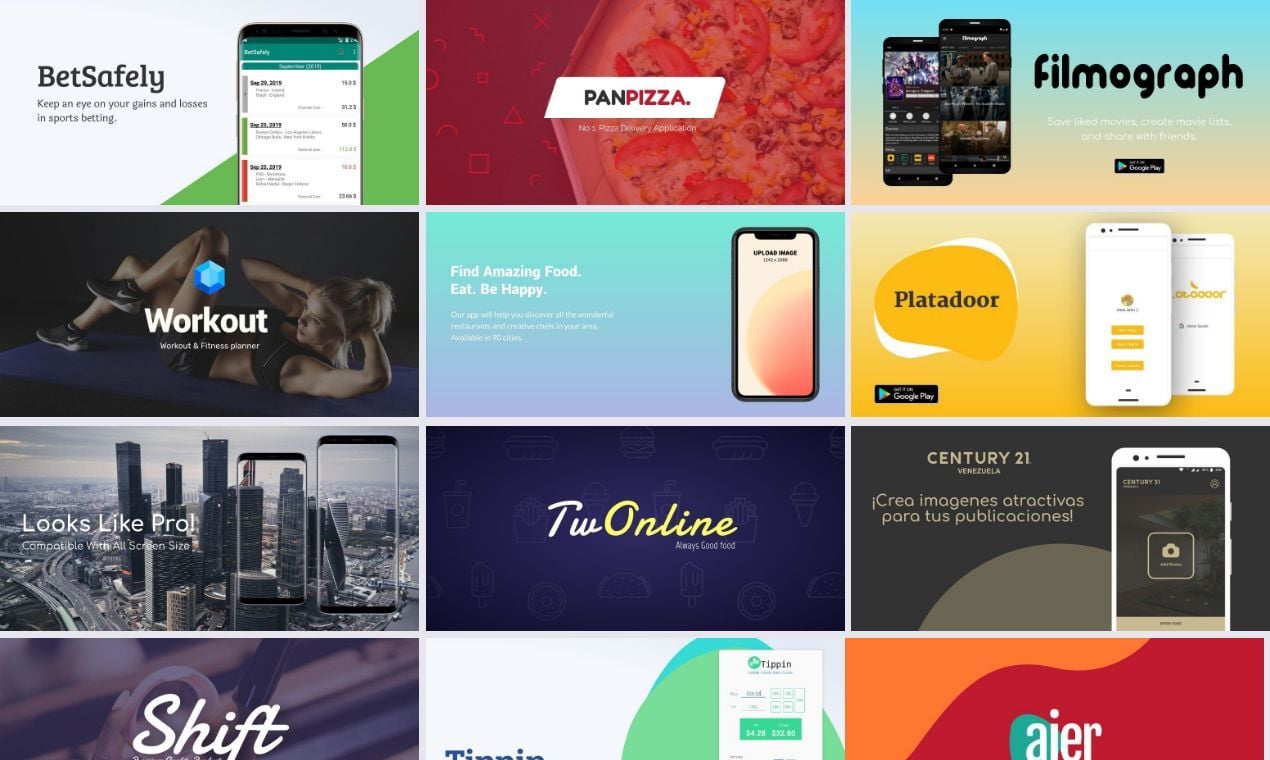